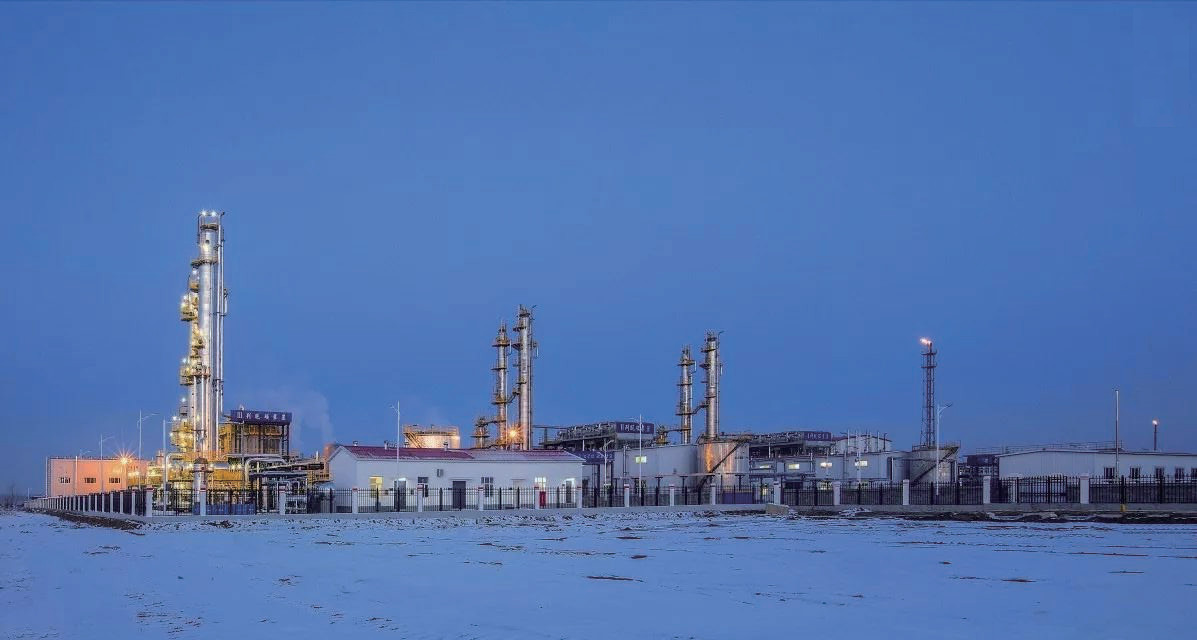 The project is a model of high carbon natural gas treatment, and is also the model of Daqing oilfield which firstly implemented module skid mounted, designed & purchased in one year, and manufactured and went into operation in Northeast China.

It is also our exploration in promoting EPC project, and will also be an important turning point for the company to connect a link between the preceding and the following in the EPC engineering project. 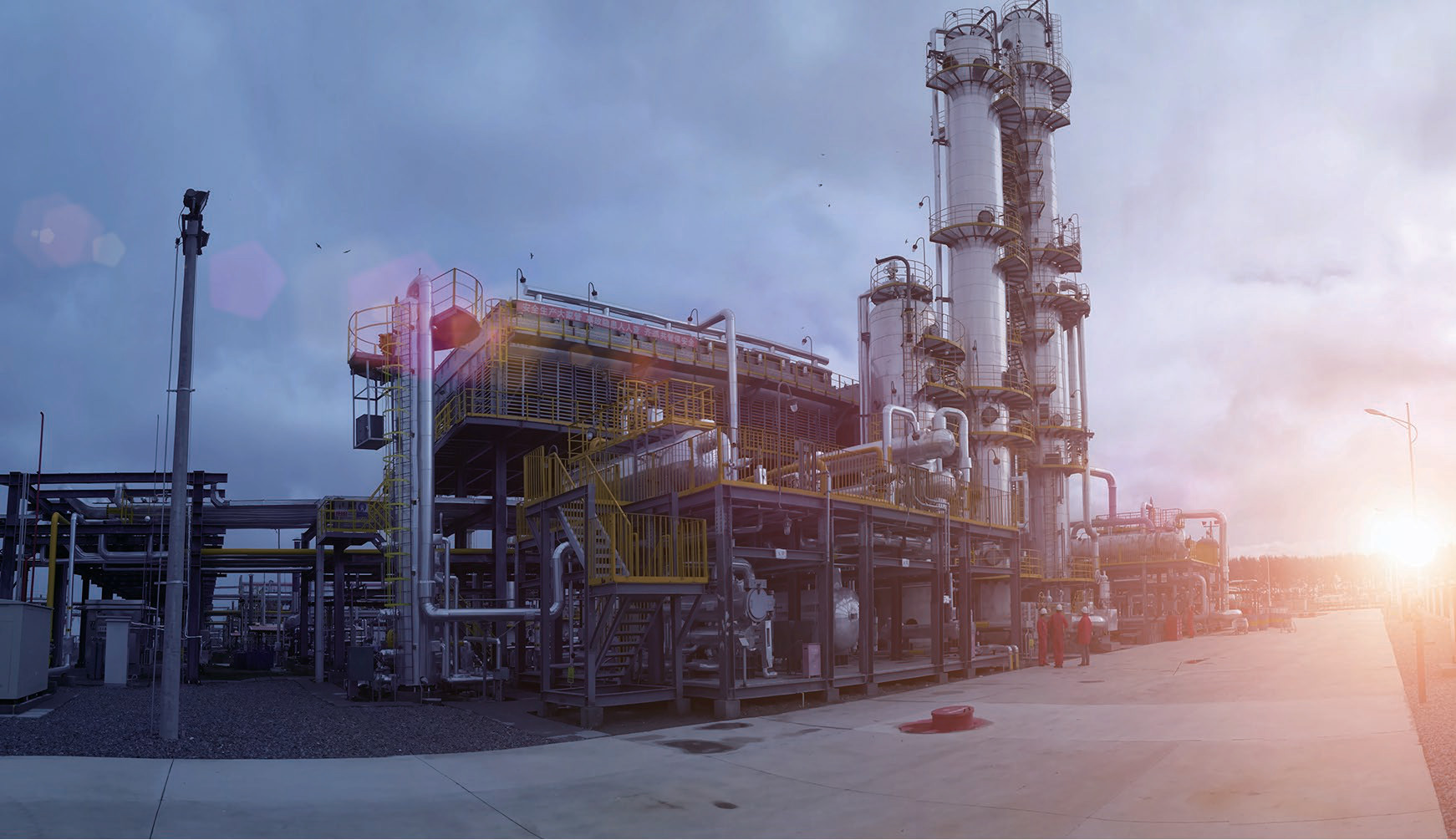 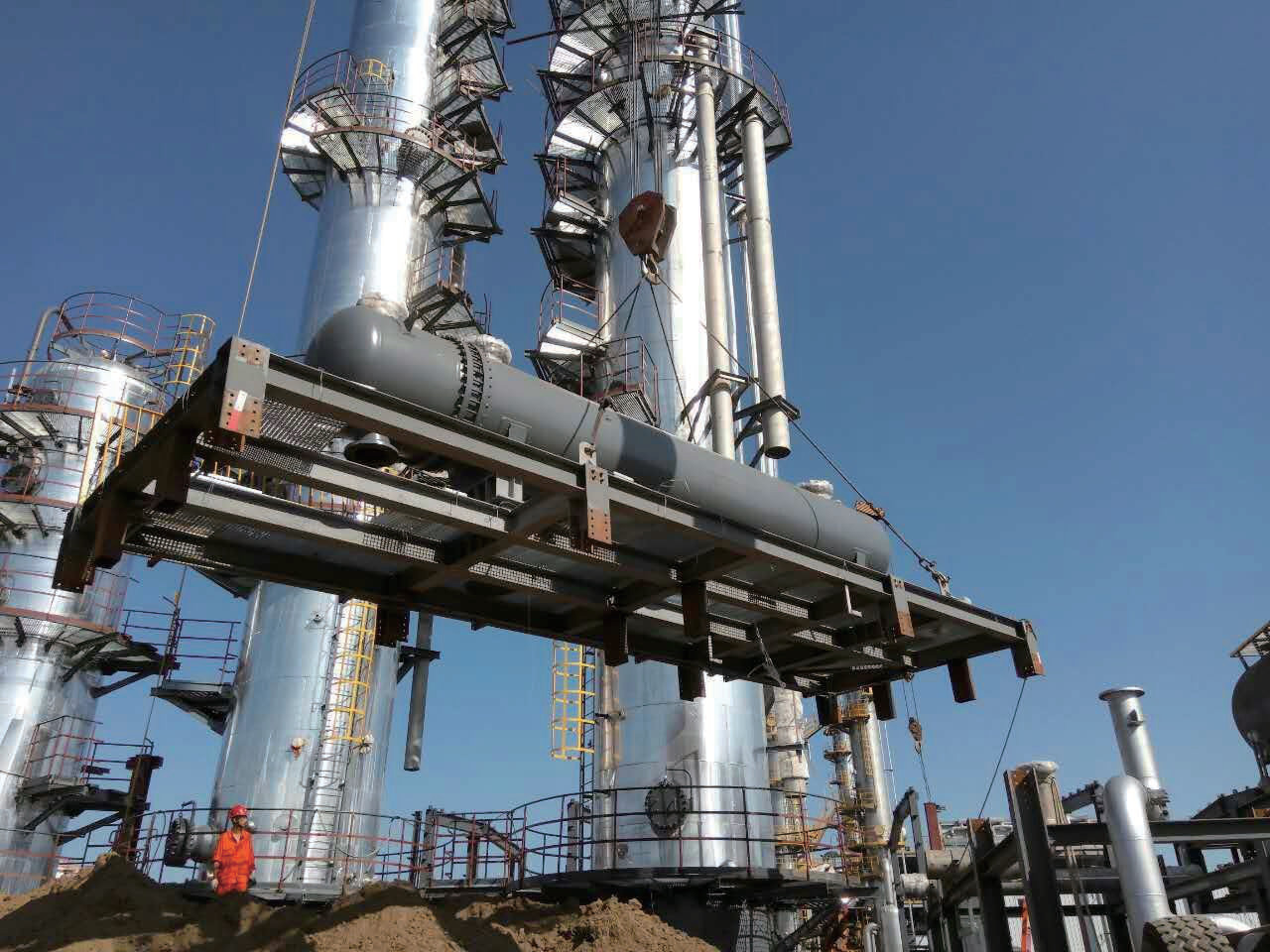 The natural gas, after flash evaporation from MDEA rich liquid, is removed H2S by acid water separator, and the separated MDEA solution is also pumped to the desulfurization tower.

The rich TEG solution used in dehydration tower goes into distillation tower, flash evaporation tank and filter and is heated and regenerated into lean TEG solution. Then it is pumped to the dehydration tower for circulating dehydration.
After the H2S gas separated by the acid water separator is injected into the acid gas storage tank, it is preheated by the reaction furnace, reacts with the air sucked in by the air compressor to generate SO2.
SO2 reacts with the remaining H2S (Claus reaction) to generate elemental sulfur, which is then cooled to obtain sulfur. 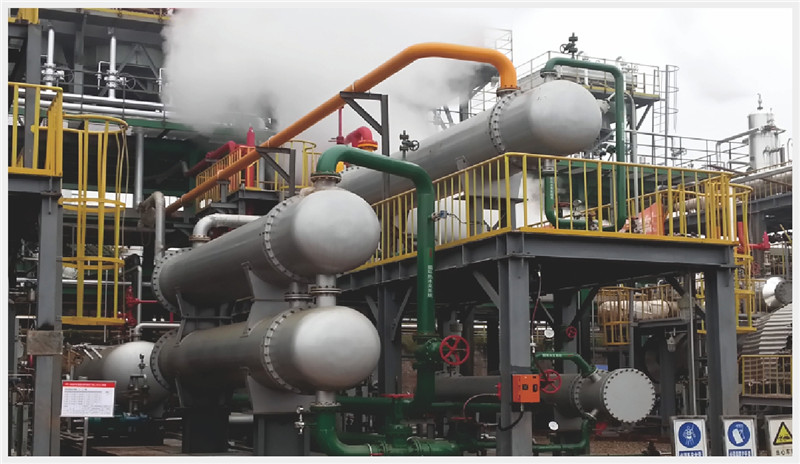 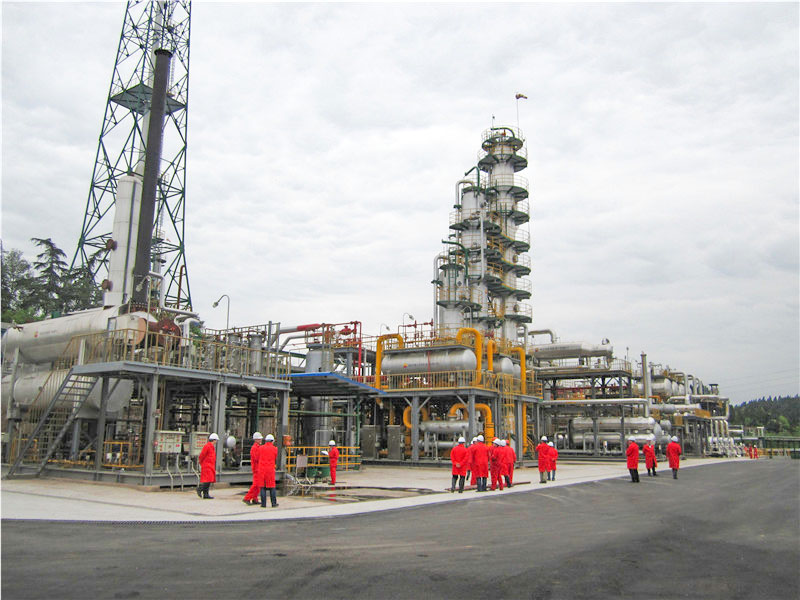 Feed gas，after its solid and liquid impurities are removed through separator and filter separator, enters the float valve tower for desulfurization, a tower which uses MDEA solution as desulfurizer. 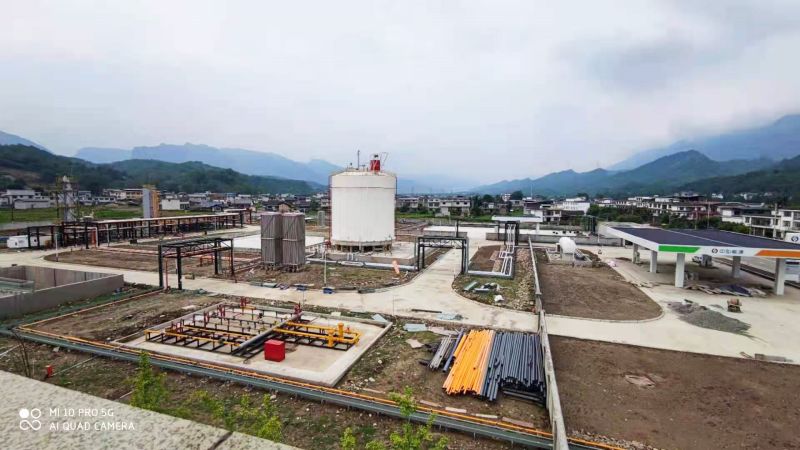 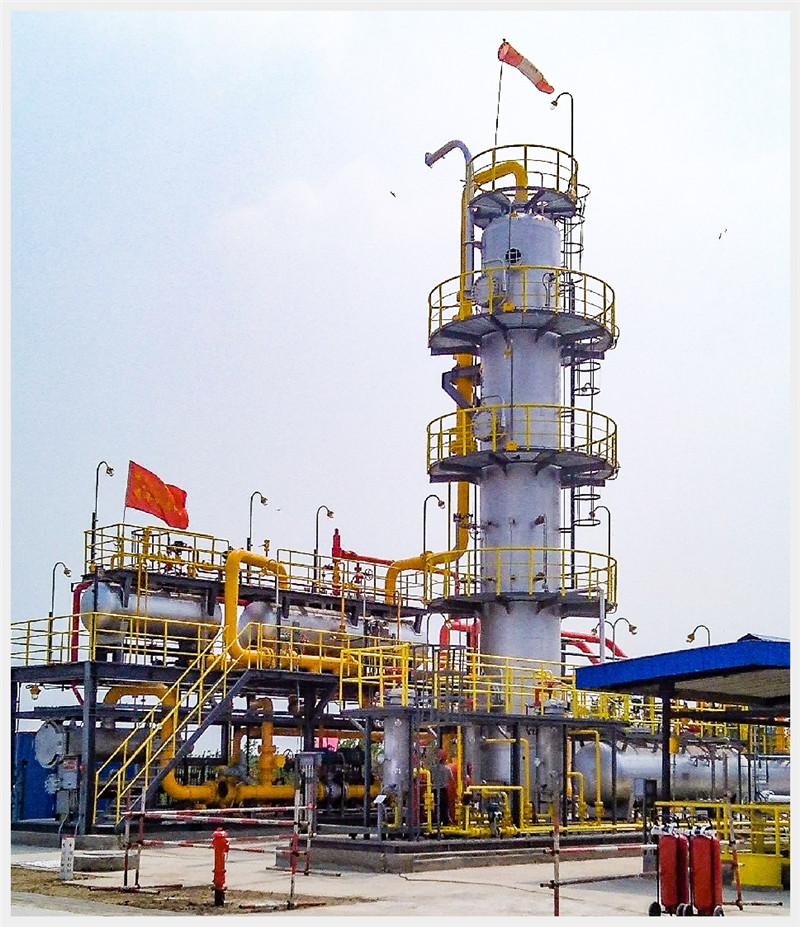 Afterwards, the TEG rich liquid enters into the flash tank to flash out the dissolved hydrocarbon gases as possible as it can ,after being heated up through the discharge pipe of the condenser at the top of the regeneration tower. The liquid phase leaving the flash tank flows into the lean-rich liquid heat exchanger and buffer tank after being filtered by the filter, and then enters the regeneration tower after being further heated.

In the regeneration tower, the water in the TEG rich liquid is removed though being heated under low pressure and high temperature. The regenerated TEG lean liquid is cooled by the lean-rich liquid heat exchanger and pumped into the top of the absorption tower by the glycol pump for recycling. 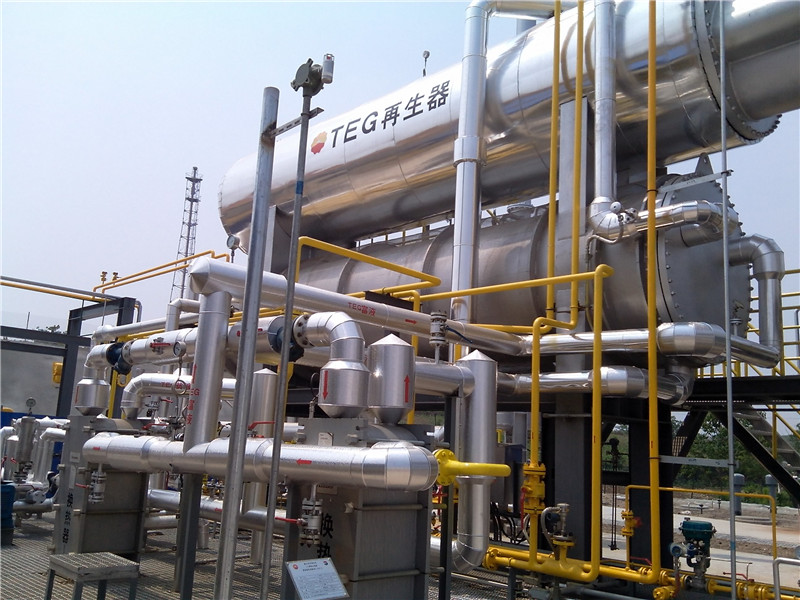 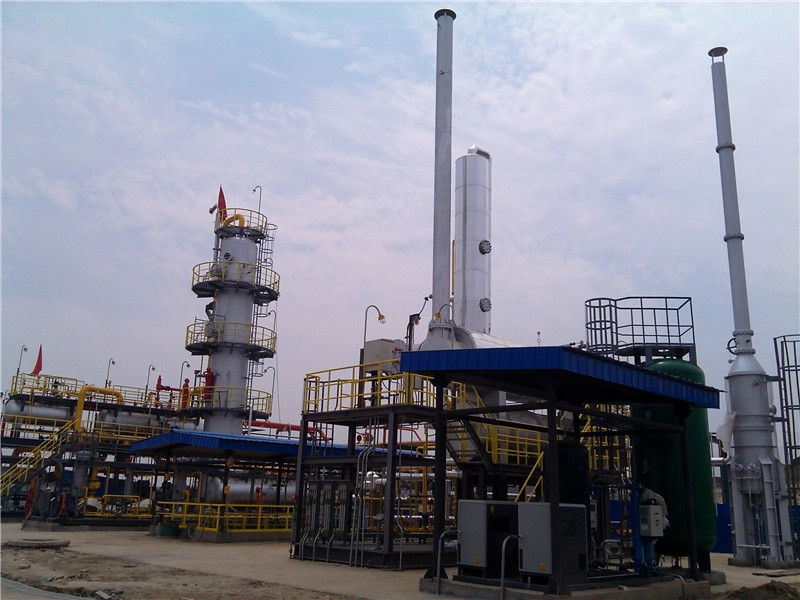 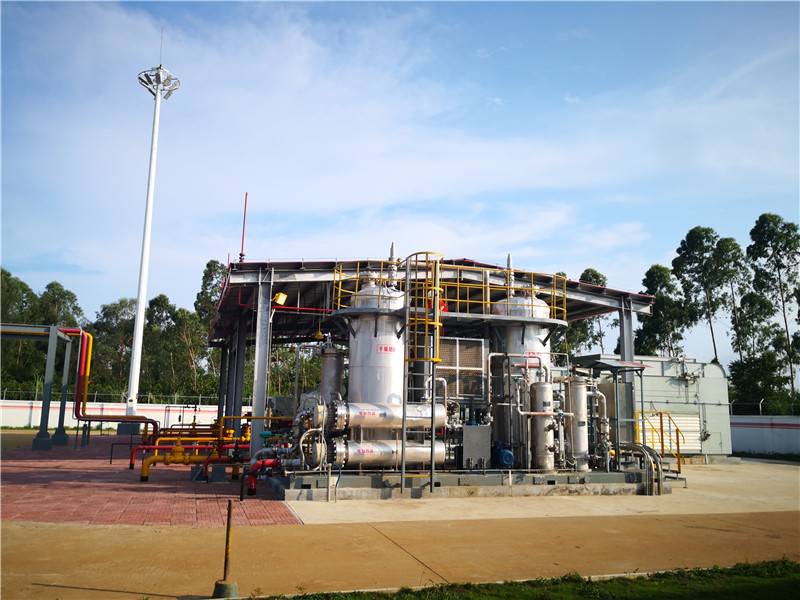 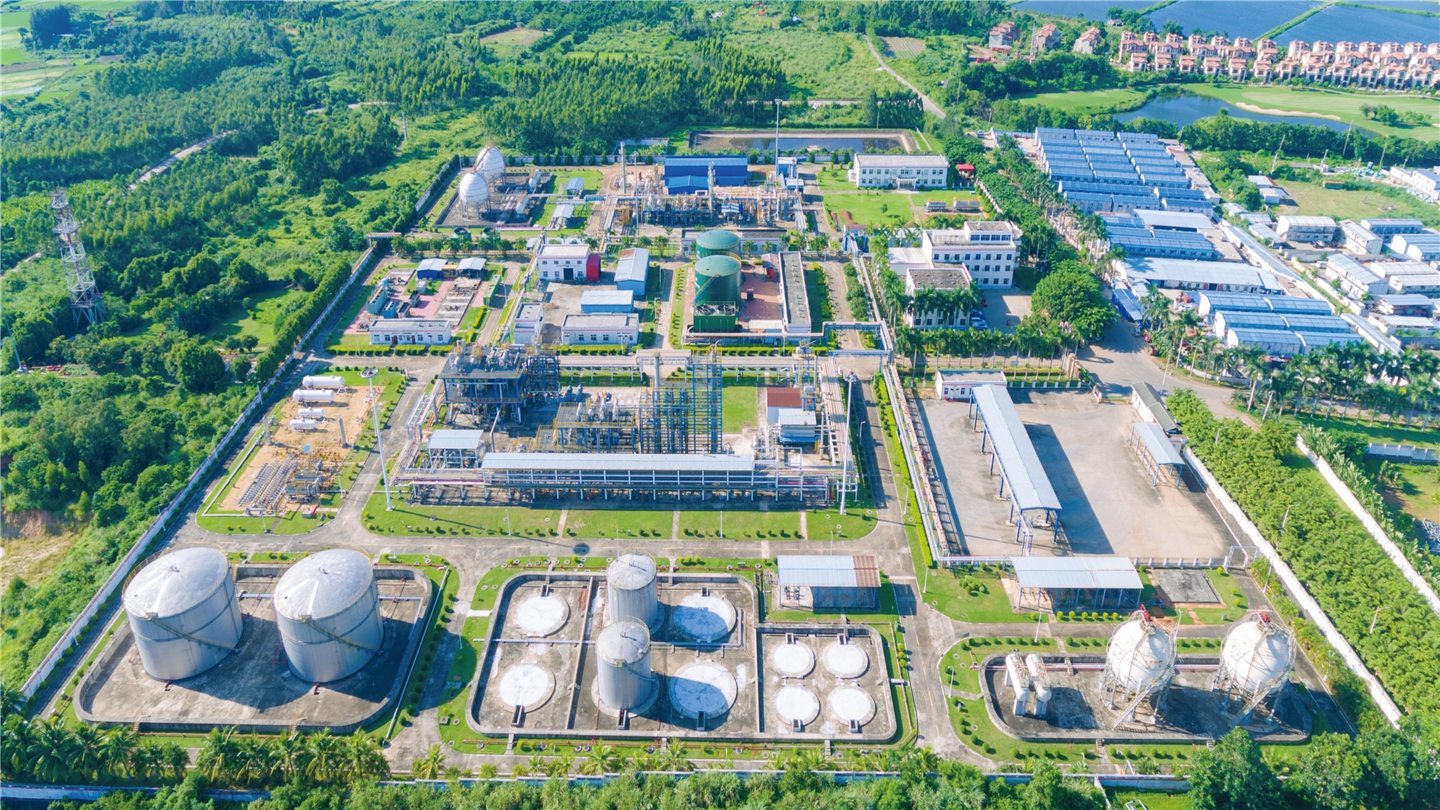 The feed gas of this project is the natural gas with high CO2 content from Lian 21 block and Lian 4 block in Fushan oilfield, Hainan province. In the early and middle stage of the pilot test, the produced gas from the two blocks was firstly made oil-gas separation in Bailian gas gathering station, next it was dried and dehydrated by molecular sieve dehydration skid, and then was pressurized to 14 to 22 MPa by gas injection compressor and injected into the ground.

A new gas unloading wharf and pipeline will be built to transport the regasified natural gas from the LNG gasification floating ship to the connection point of SSGC, which is convenient for delivery to users in the future.

Construction site: Pakistan's second largest seaport, Rath Qasim seaport. It is located in the lower reaches of the Fitigli River, a branch of the west side of the Indus River Delta in the south of the country. Its northwest is about 13 nautical miles away from Karachi. It is the second largest seaport in Pakistan. It mainly serves for Karachi steel mills and domestic import and export goods, so as to reduce the pressure on Karachi Port. 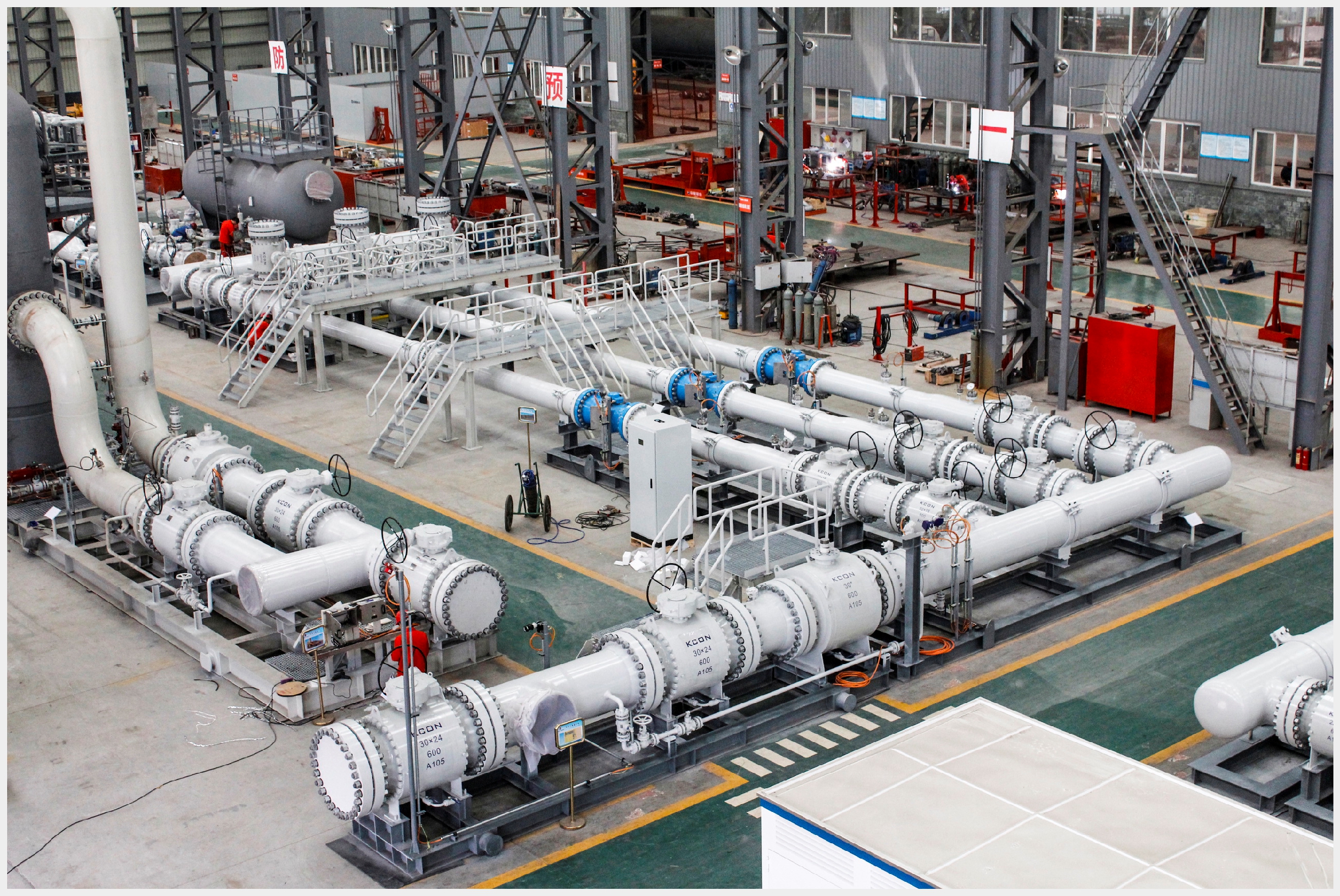 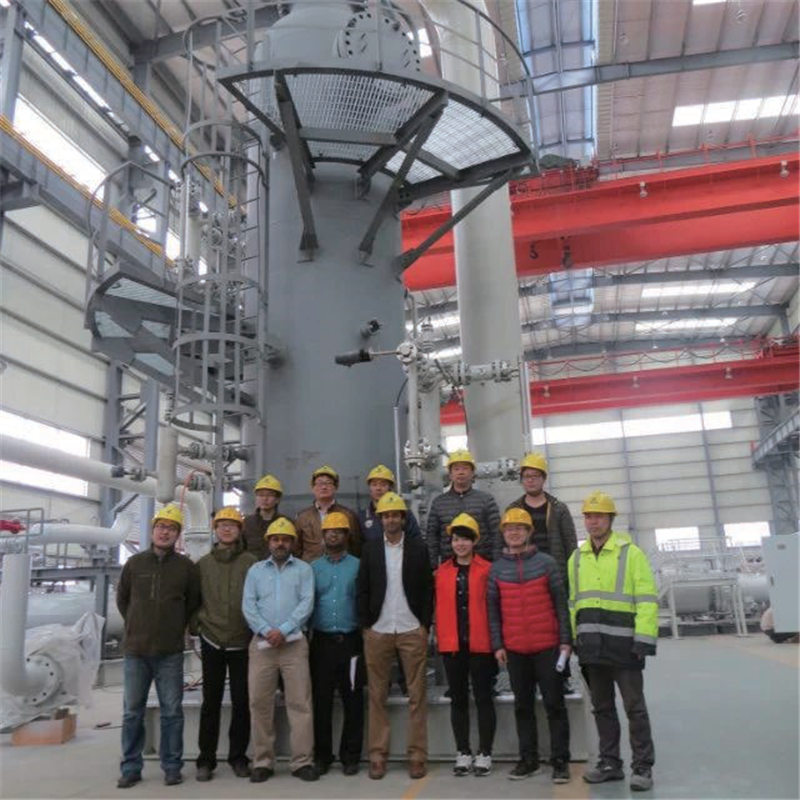 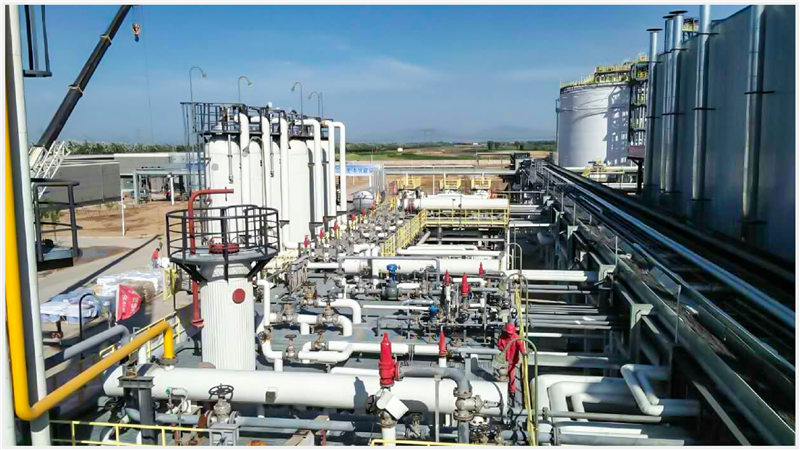 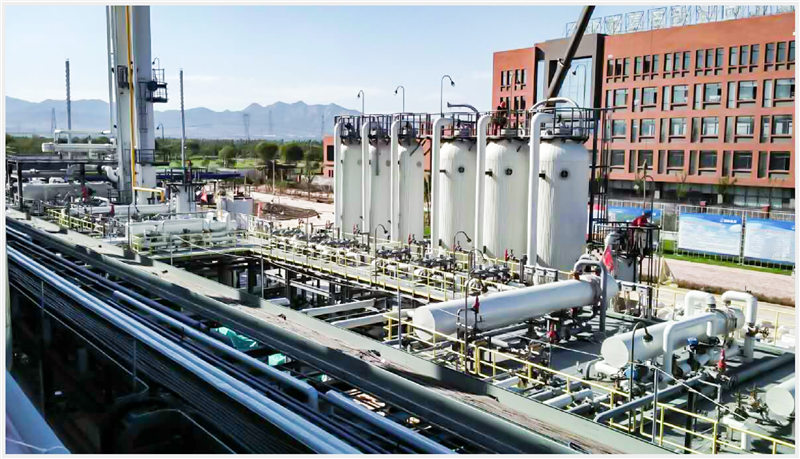 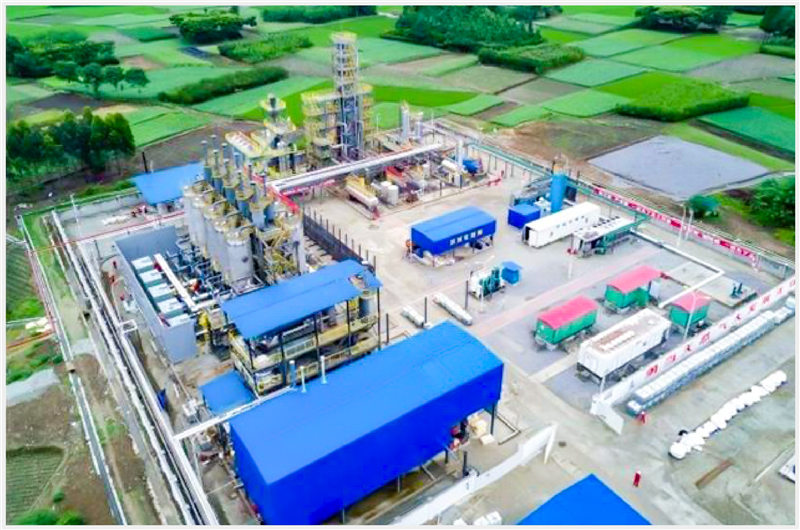 This project is the supporting project of natural gas desulfurization with 0.3 100×104 m3/d in Pengzhou 1 well, including natural gas processing skid, sulfur recovery and molding, public engineering and other units. 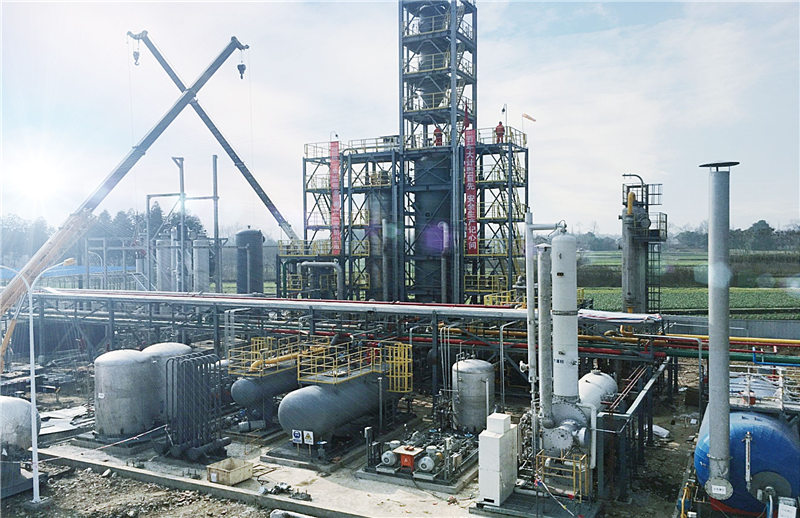 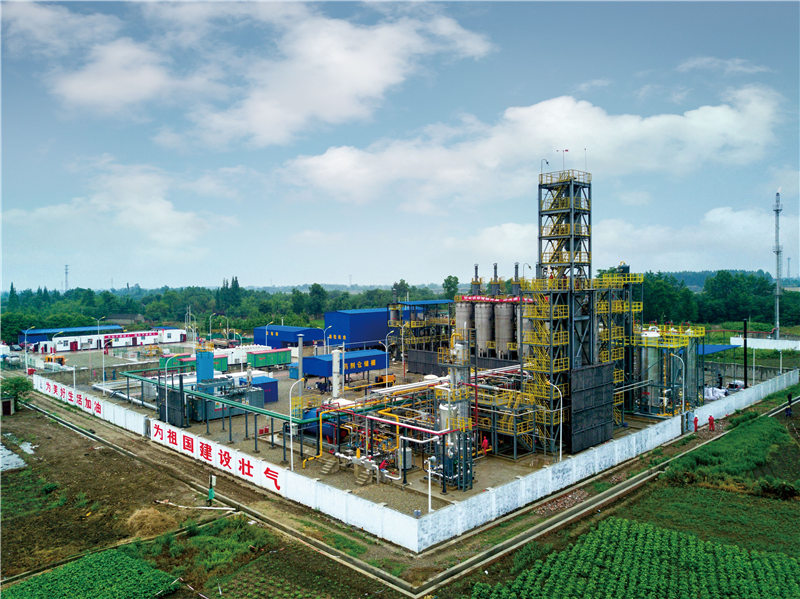 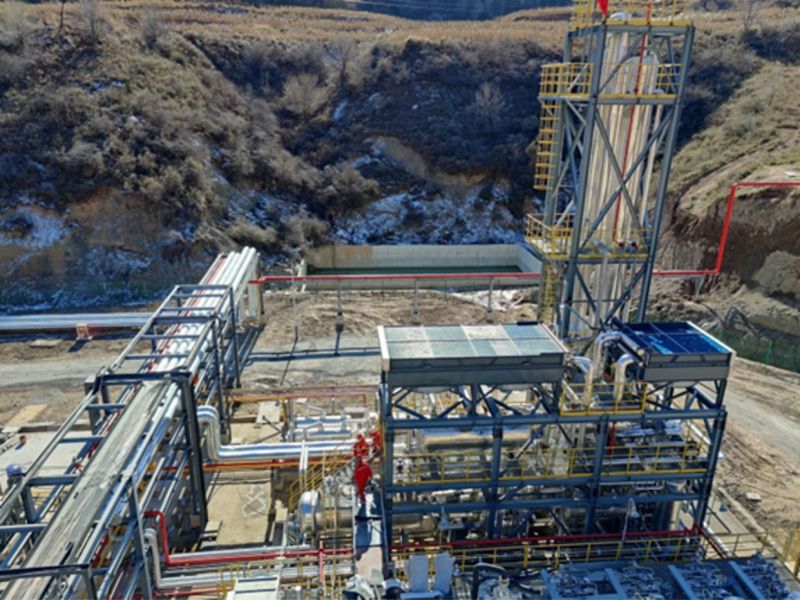 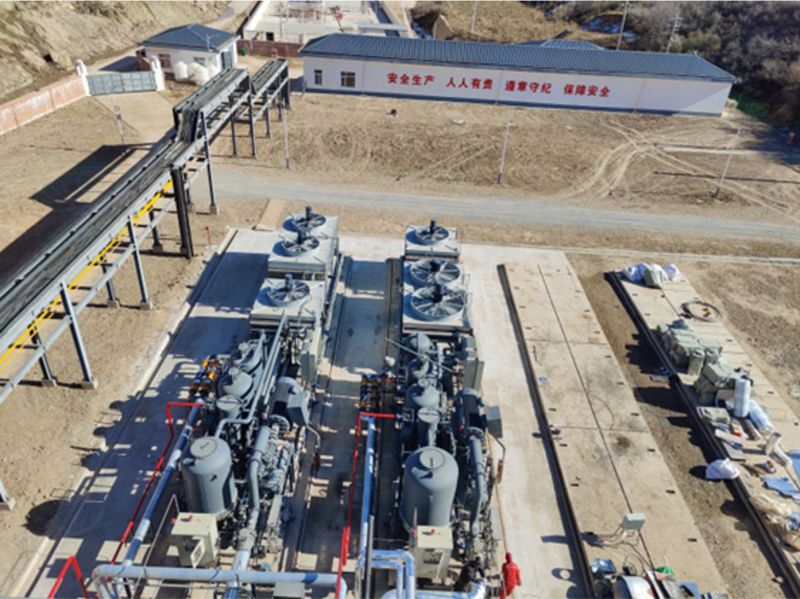 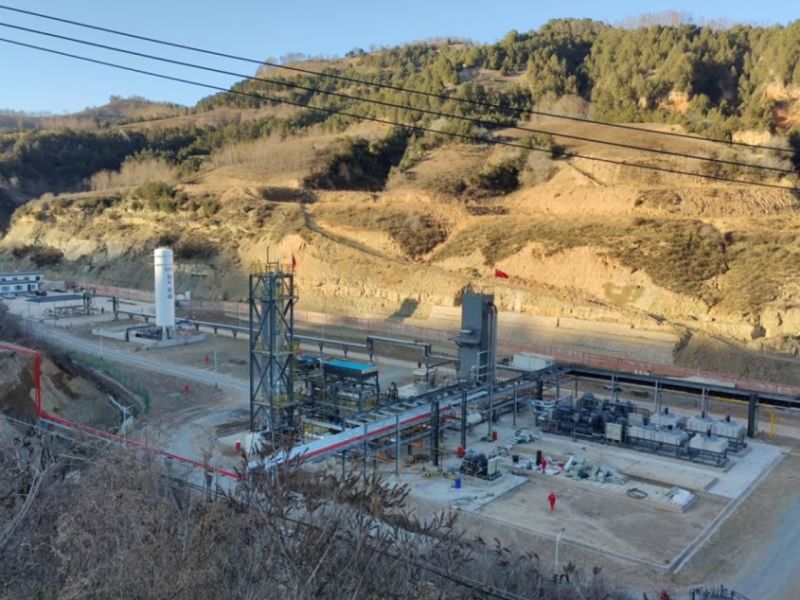 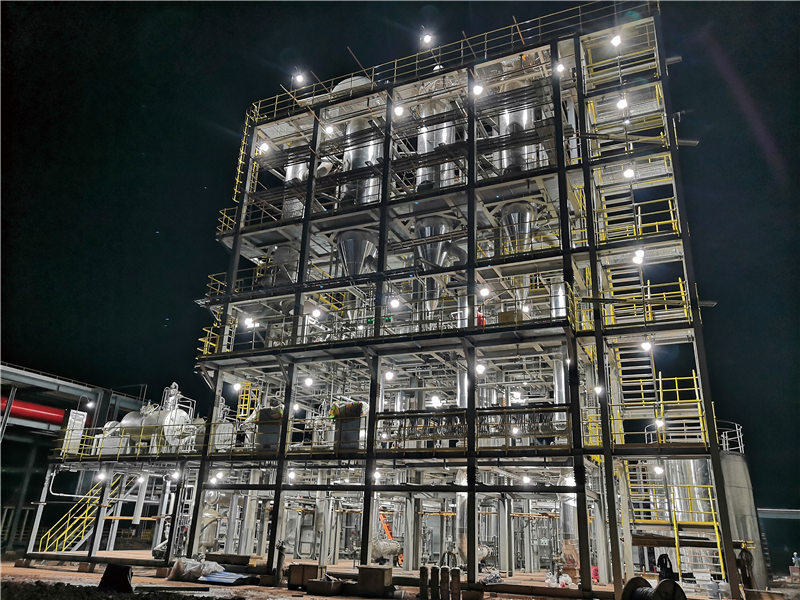 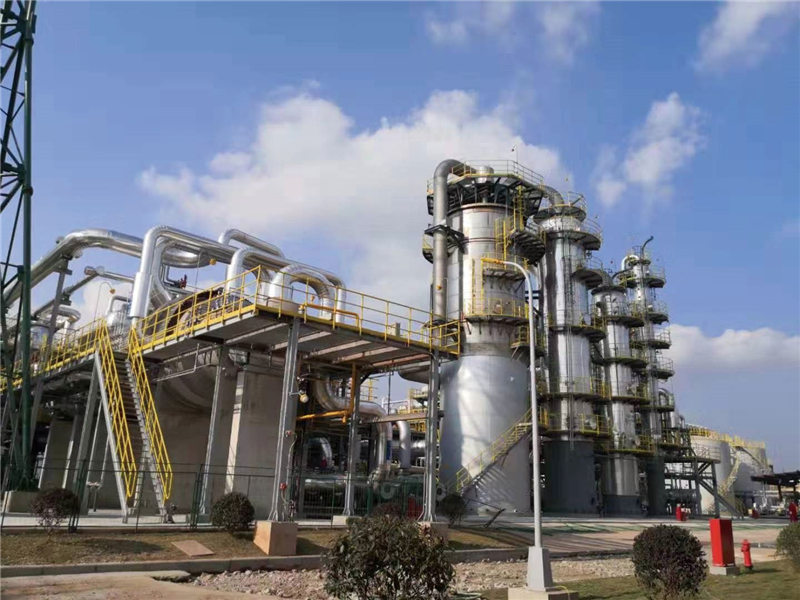 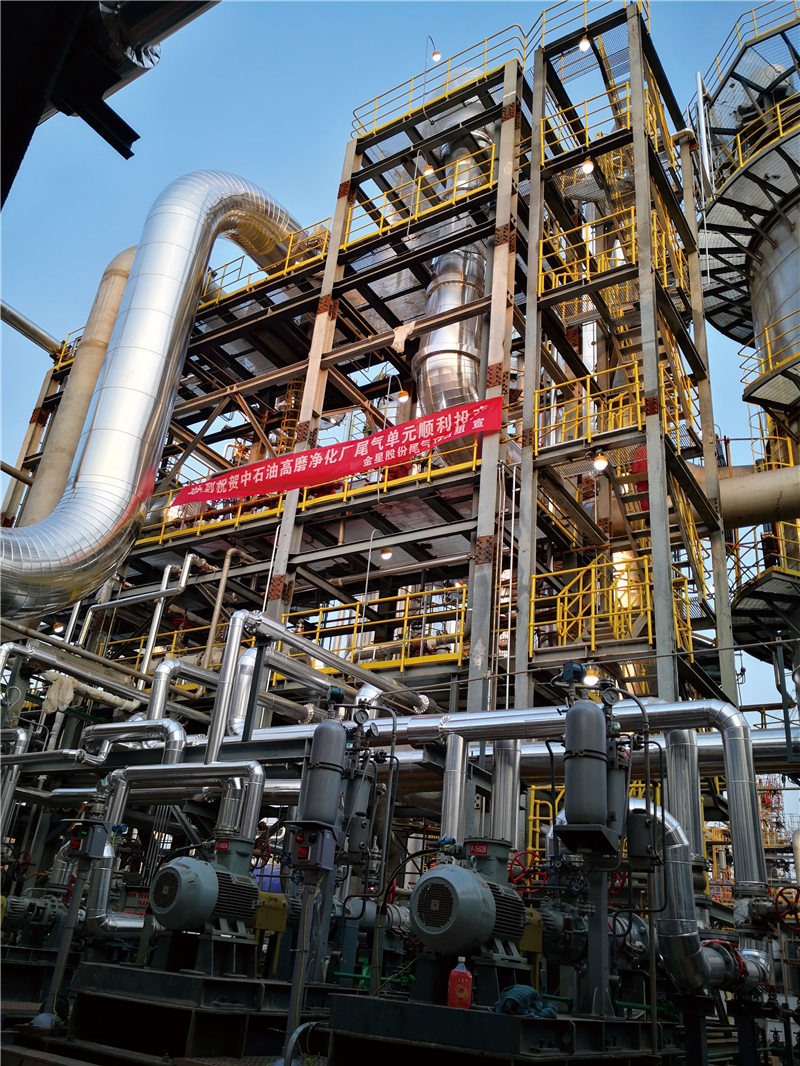 The plant adopts multi-effective evaporation and condensation method to treat saline water. The produced water treated by evaporation crystallization unit is reused as make-up water for circulating cooling water, or as other production water in the plant. Pollutants are separated out from the sewage in the form of crystalline salt. The feed of evaporation crystallization plant is saline water from upstream electrodialysis plant, and the treatment capacity of the plant is 300 m3/d. The annual production time is 8,000 hours.

The multi-effective evaporation is adopted to realize the stepwise utilization of energy and the energy saving effect is obvious.

The waste heat of the whole system is fully utilized. The evaporation crystallization unit only needs a small amount of high-grade heat energy to realize zero discharge of sewage from natural gas purification plant. 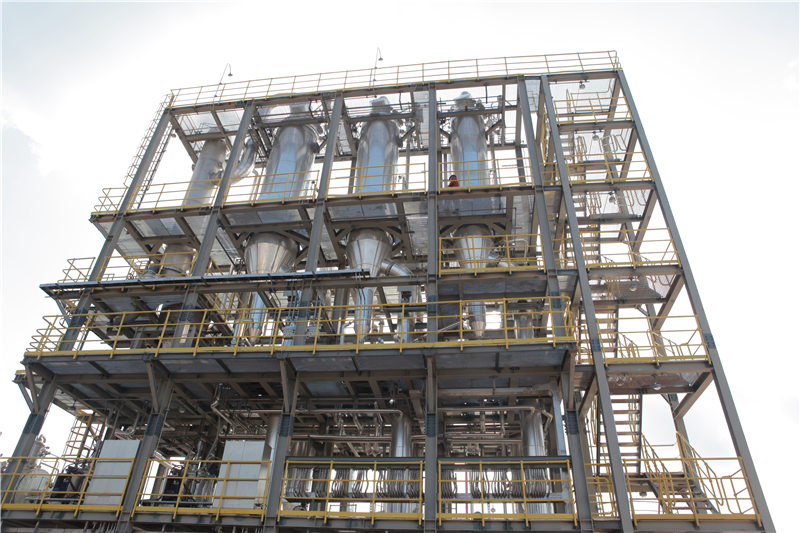 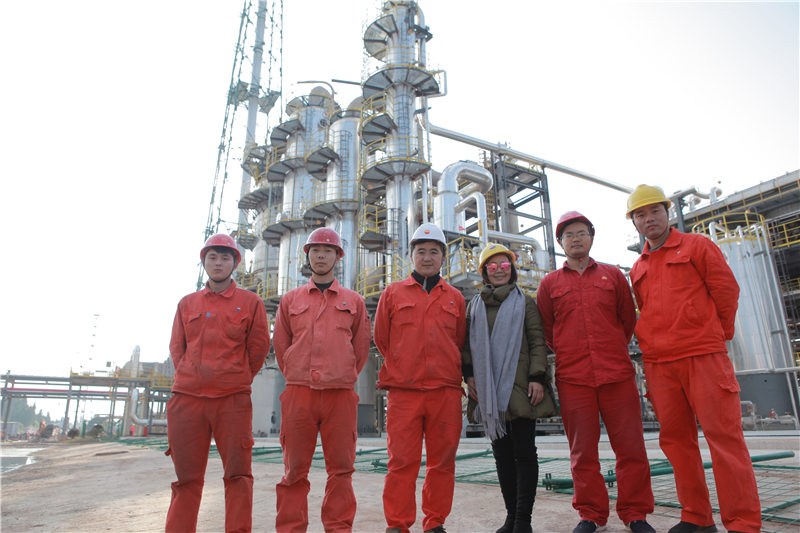 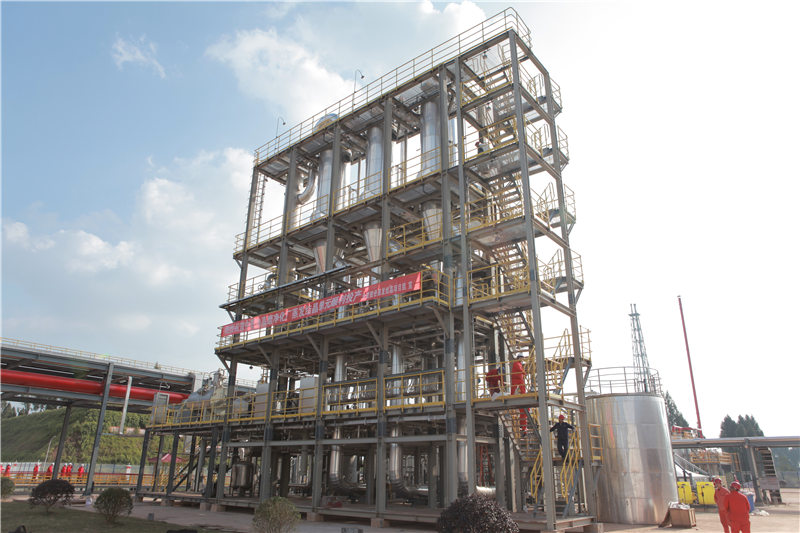 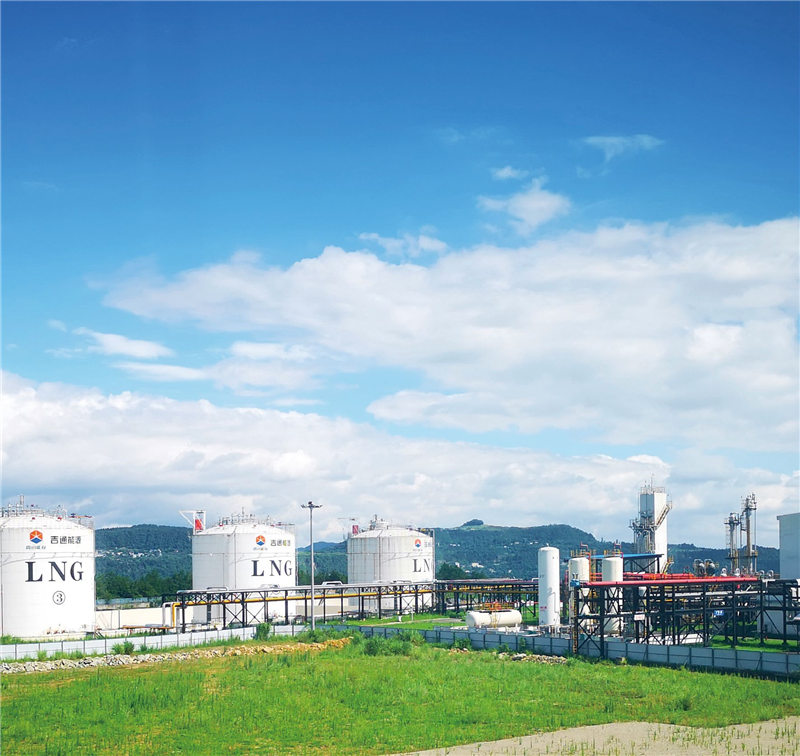 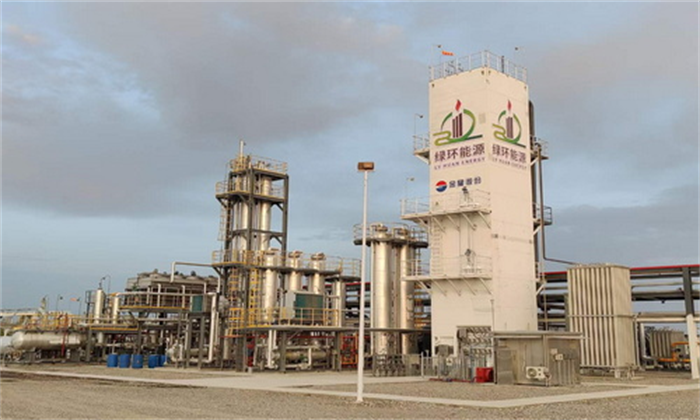