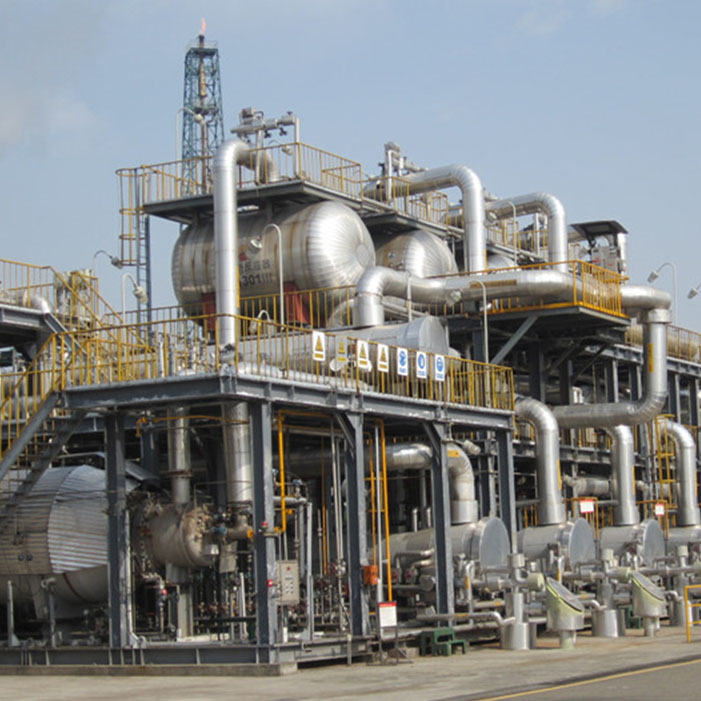 Send email to us

MDEA desulfurization skid for natural gas is always adopted when the carbon sulfur of feed gas is relatively high , and when selective removal of H2S is needed to obtain acid gas suitable for Claus plant processing, and other conditions that can be selected to remove H2S; When removing H2S and removing a considerable amount of CO2, MDEA and other alcoholamine (such as DEA) can be used as the mixed amine method;

After the solid and liquid impurities are removed from the feed gas through the separator and filter separator, the feed gas is desulphurized in the float valve tower. Methyl diethanol (MDEA) solution is used as desulphurizer in the tower.

After removing a small amount of MDEA liquid foam from the gas through the wet purification separator, wet natural gas enters the dehydration tower.

TEG is used to dehydrate the wet natural gas in the tower and the dry gas from the dehydration tower is used. Natural gas is used as qualified commodity gas for export.

After injecting H2S gas into the acid gas storage tank at the separation point of the acid water separator, it is preheated in the reaction furnace and reacts with the air sucked by the air compressor to form SO2, which reacts with the remaining H2S to form elemental sulfur, and then gets sulfur after cooling.